Hello again everyone from Innsbruck, Austria 🇦🇹. I’m sorry that I haven’t posted anything lately but I hope you’ve heard about what we’ve done the last month from my mom and dad. If you haven’t I’ll tell you my favorite things that we’ve done. In Tihany, Hungary I trampolined and drove past a “shooting range” to a grocery store and bought potato helicopters😂(a funny circular fried piece of “potato bread”).

In Slovenia we went to Ljubljana castle where we took a tour and saw a fox 🦊!, the art district, met two funny Slovenian kids, went to cacao (the best ice cream place ever), trampolined and went to Piran where we swam and almost got blown away by wind.

We then went to Italy where we swam in a pool, saw ancient Roman villa ruins and ate puffo (smurf) ice cream in Sirmione. From Sirmione we traveled to Lake Garda which had big mountains that popped up right next to the shore.

We went to Lake Tenno where we swam all day before going back to the apartment where we where staying.

The next day we swam and went to a cool medieval village called Canale. Next up was Lago de Ledro. There we climbed up a mountain, at the top the view was so beautiful to look over the lake, from there we could see so far to the far away mountains. 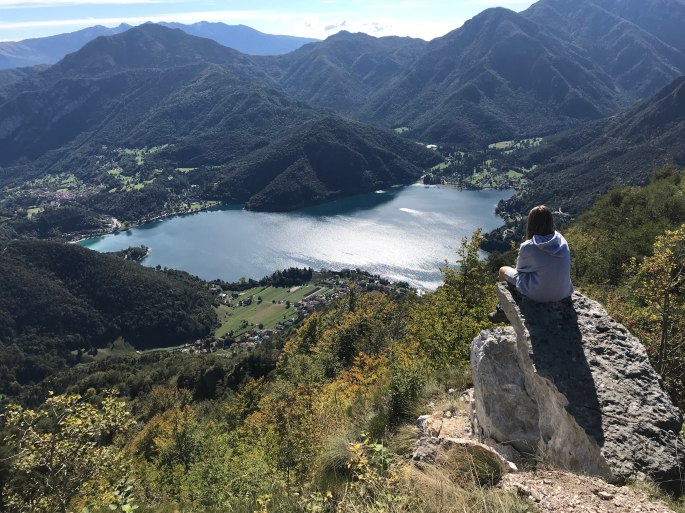 We also went and biked for miles one day which tired us all out. After Lago di Ledro we drove to Bolzano to see Ötzi the ice man the 5300 year old mummy whose discovery pushed back scientists’ assumptions about use of copper by 500 years.

Amazing right! Also while we were watching a music video channel on TV a hilarious add popped up saying “ITALIAN CHEESE AWARDS” it was so funny 🤣.

Now as you know we are in Innsbruck, Austria where there is “drum roll please” a trampoline!

On our first day there we got the Innsbruck card to take a cable car to a gondola up to go up a mountain. When we where there we walked around and enjoyed the beautiful view of the city and the other huge mountains and valleys.

The next day we went to the zoo and saw most of the animals which were really cool even though all the animals were local.

We also biked around in Innsbruck with rented bikes to the Hall Mint and saw a bunch of old coins. Today is our last day here and we went to a really cool park with huge swings, a work out station and a big sand box with a fun water pump to dig little streams in the sand. The park was really fun and we stayed for a long time swinging and running around. 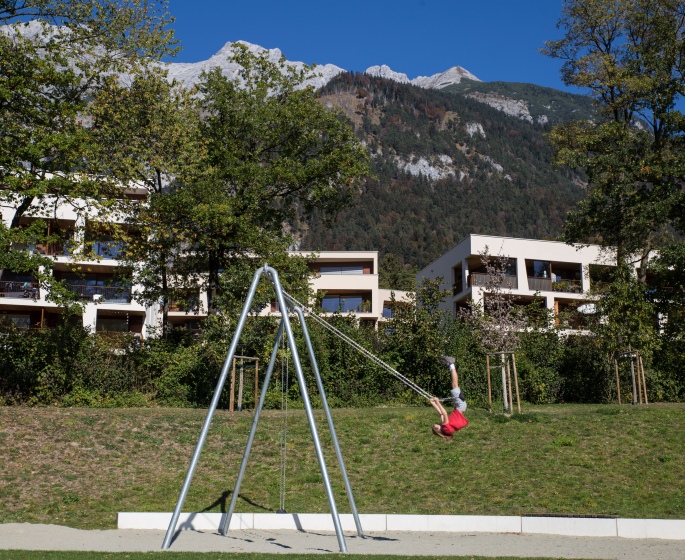 Our next stop is Munich where we will stay for two days and then Namibia where we will stay for three weeks with no wifi most of the time😱. Anyway that means that we probably won’t be posting anything but we will be taking a lot of videos and pictures to post when we get back to wifi. I can’t wait to see all of the cool animals from the camping truck we rented. See you next time. Max out!

A person can do a lot in two weeks in Italy. We, however, have not been that person. It was two weeks of sleeping in, long walks, short bike rides, and some drives along very, very winding roads.

We spent a few days in Sirmione, on the south side of Lake Garda. Settled since the time of the Romans, its most recent claim to fame is as a setting in the film, “Call Me By Your Name,” as they visit the Grottoes of Catullus. The Grottoes of Catullus are neither grottoes nor of Catullus, it turns out, but an enjoyable way to spend a few hours on a sunny afternoon.

Sirmione has a gelateria on every corner. 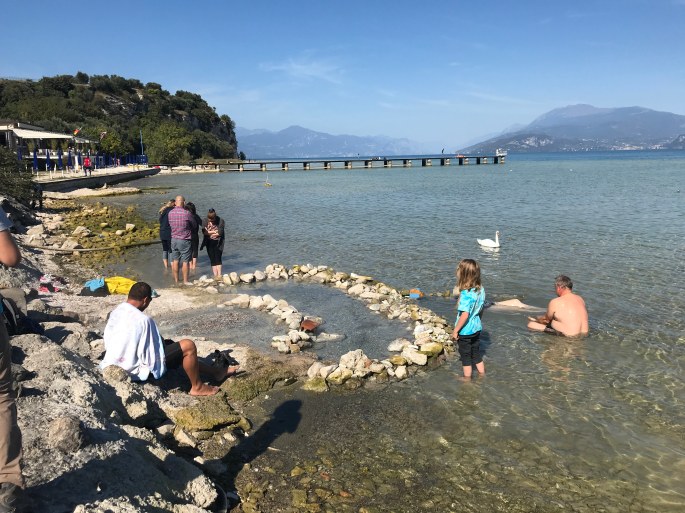 We took a quick side trip to Verona one afternoon. On the way, we gave the boys a very quick summary of the story of Romeo and Juliet. Turns out it’s a really grim tale when you tell it in under 5 minutes. It’s been a long time since I was last in Verona and it seemed like the ratio of tourists to residents had gone way up. But I could be remembering poorly through the haze of years. 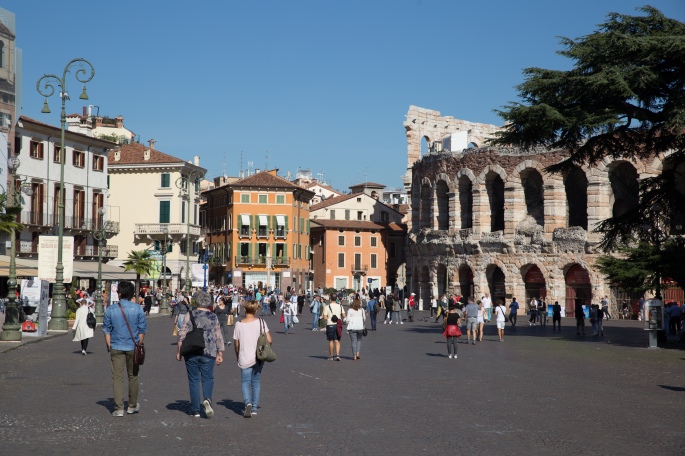 From Sirmione we headed to the north end of the lake and stayed near the resort town of Riva del Garda for a couple of days. 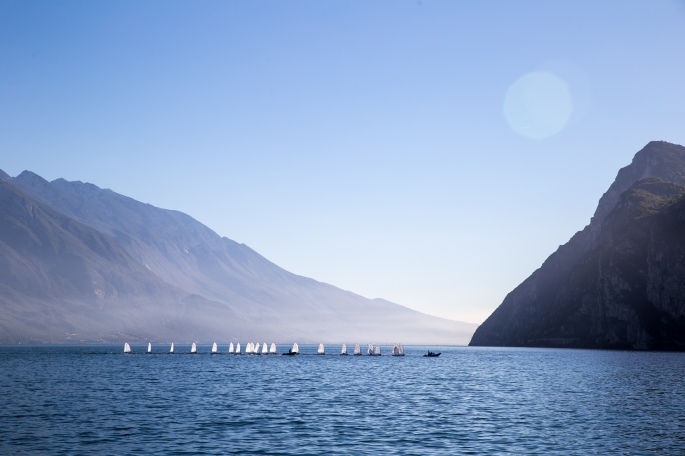 We spent a beautiful afternoon at Lake Tenno.

Then we headed to Pieve di Ledro, on Lake Ledro, where we stayed for a week. It’s the end of the season, so vacation homes are starting to be shuttered, restaurants and shops have limited hours or are only open on the weekend, and we had the trails and bike paths almost to ourselves. 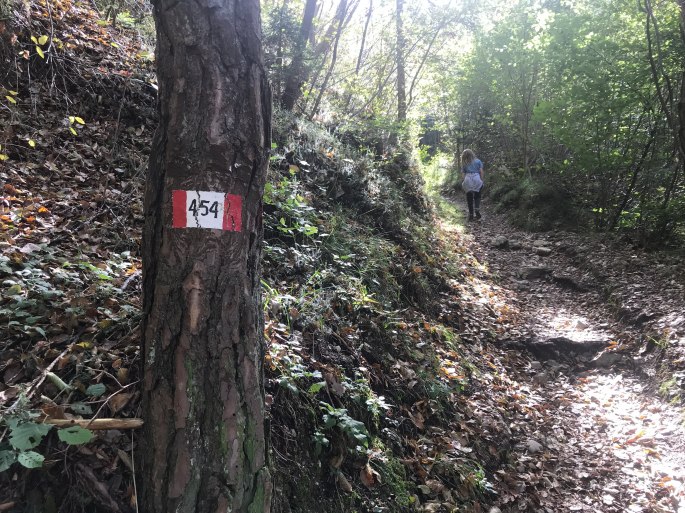 We rode bikes to Lake Ampola. 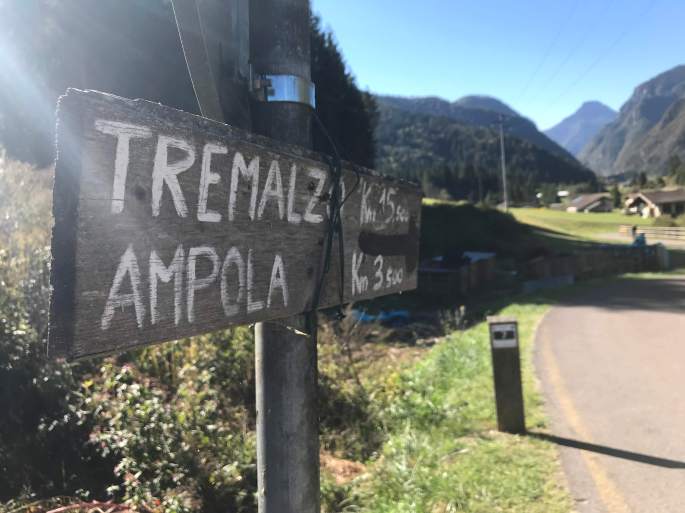 There’s a saying, particularly relevant to Bay Area residents, that goes, “You are not stuck in traffic. You are traffic.” As we travel around, and I whinge sometimes about how a particular city has become “so touristy!”, that saying keeps popping into my head and reminding me of the part I am playing. It makes no sense for me to complain about the silly tchotckes, hamburgers on every menu, and overpriced ice creams when I look around and see people just like me buying said items and in the process helping someone make a living. And we’re practicing an exceptional form of hypocrisy by mostly staying in Airbnb apartments, when there is mounting evidence that the Airbnb “experience” is a significant contributor to the loss of local residents in some European city centers.

However, it does seem like some cities and town have managed this process in a way that allows them to welcome and serve tourists while not turning into the Disney version of themselves. Porto, Bratislava, and Ljubljana come to mind. In all three cities, as in many others in Europe, they’ve instituted a limited “tourist tax”. In Porto, instead of using the money raised on investments into the tourism infrastructure, which is where the money goes in Lisbon, Porto is using the money to invest in “housing, cleanliness, and mobility” for Porto residents – partly to mitigate the rising cost of living that increased tourism exacerbates.

I don’t pretend to understand how places can both maintain a balance of cultural sustainability and take advantage of the revenues that tourism brings. But since we are spending this year as full-time tourists, I am curious.